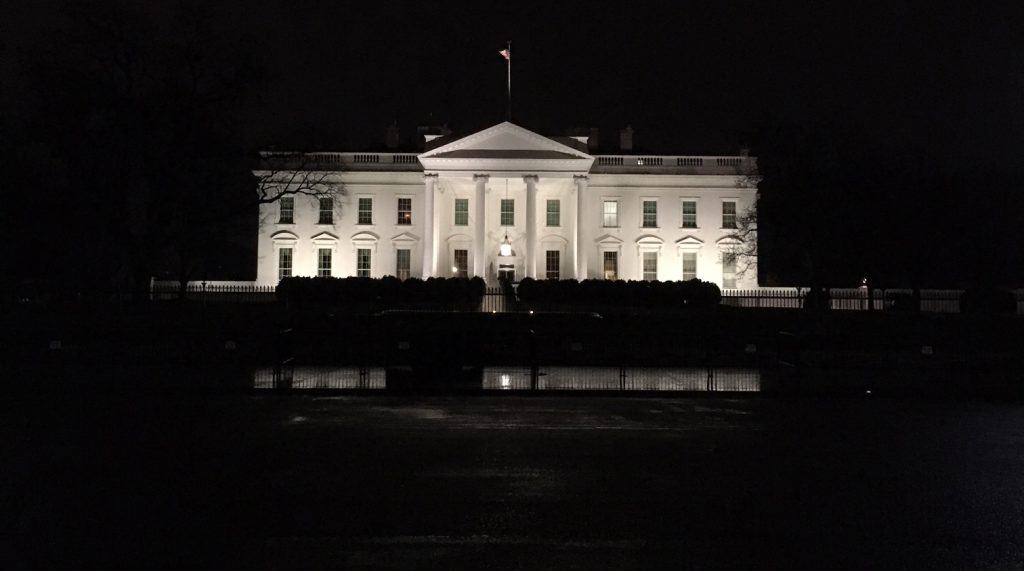 As I write this, the big news of the week is the government shutdown, but there’s definitely no stoppage of MBA students wanting to learn about the intersection of government and business this month. During this past winter break, I had the privilege of attending “Washington Campus,” a week-long program where MBA students spend the week in Washington, D.C., learning about how corporate America is affected by public policy. Business schools from across the country participate in Washington Campus, and for our week, my classmates at Emory along with peers from the University of Texas and a handful of other schools learned about various parts of the government and their impact on business.

Throughout the week, we had the opportunity to hear from various speakers on a multitude of topics. This included learning about lobbying, hearing from former senators and representatives about their thoughts on the current state of affairs in Washington, folks who formerly worked on “the Hill” and now worked in the private sector and more. I really enjoyed hearing about lobbying, since a lot of people (myself included) have certain preconceived notions about lobbying. I found out that lobbying takes place in a lot more areas than I thought, and as someone planning to enter the private sector once I graduate, it will definitely be something my company utilizes in one form or another. And it’s not always about “corporate fat cats”! A lot of advocacy for things like environmental preservation, fair and equal pay and more is done by lobbyists, so it was nice to see “the other side” of lobbying that people may not normally think of, especially with how often it gets used in business. This, along with hearing from speakers from GE, Amazon and McKesson, was a great way to directly hear about how public policy and business interact. Each of these speakers gave interesting case studies from their companies on various lobbying and policy actions they had to undergo to support certain business decisions, and it helped give me an idea about what I may face going forward. 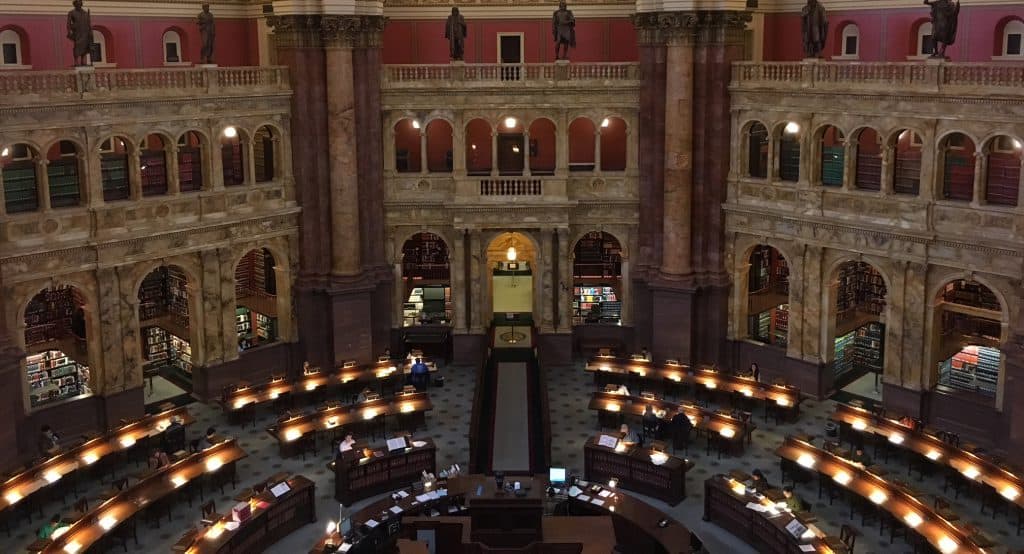 While the most valuable part of the week was seeing what policy decisions a business leader might face, there was also coverage on other topics such as the media’s role in Washington, how the political climate has changed over the last few years, and important current events in government such as the tax bill and immigration. It was fascinating to hear from former congressmen; they were so knowledgeable on so many topics, and I learned a whole lot more than what you typically hear on the news; it’s clear why some of the subjects you hear about in Washington are such hot-button issues these days since there’s so much that goes into them.

Lastly, I really enjoyed some of the hands-on and interactive activities we had. In small groups, we tried to work on a federal budget for 2018. It was quite interesting to see how personal biases, pleasing constituents and making decisions that may not concern your state can affect how you might vote on certain budget initiatives. Further, our groups tended to run out of time, and I can certainly see why it can be so difficult to reach a consensus on how to handle the budget! Our cohort also had the opportunity to hear from our representatives; we were able to have a photo opportunity with Sen. Johnny Isakson, and also meet with Rep. John Lewis. I really enjoyed our time with Rep. Lewis because we heard about his journey and struggles through the civil rights movement, and it was very moving and an honor to get to meet him. Finally, Washington Campus gave us the chance to sit in on various hearings in the Senate and the House, so I got to experience what actually happens on a day-to-day basis in D.C. As a former resident or even a future tourist (now that I’ll be in Atlanta), I don’t think I would find myself in those situations, so I really am glad I attended Washington Campus to be able to listen in on political and policy hearings in person. Overall, I learned a lot and will certainly be thinking more about public policy as I develop my career in corporate America, and I am grateful to have had the opportunity to hear and meet so many talented people from my week in Washington, D.C.

Pritom Das is a second-year student in the Full-Time Program concentrating in finance. Prior to attending business school, Pritom worked as a consultant at a global-trade management software firm based out of Mclean, VA following graduation from the University of Virginia. Pritom interned in a corporate finance role with Delta Air Lines during his summer internship, and is excited to be returning there for a full-time role in finance.