Keepin’ it Rio: A One-Year’s MSM in Brazil 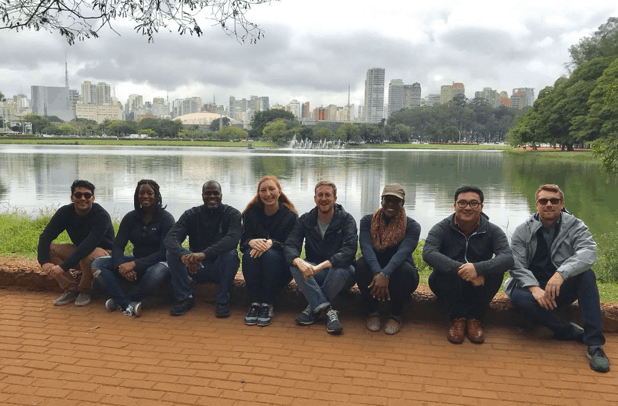 When I decided on a One-Year program for my MBA, I was a little disappointed that although I would cut the journey in half, I probably wouldn’t have the chance to travel as much as my Two-Year counterparts. That’s why I was so excited to learn that at Goizueta, they had taken feedback from their past students and were incorporating a special opportunity for just the One-Year students to travel abroad after completing their core semester. As someone who has never had a chance to really travel outside the U.S. (besides a bachelorette party in Cancun last year — a completely different experience I assure you), I was ecstatic to learn our destination would be to Brazil. I would have probably been excited to go anywhere, but I mean it’s Brazil — home of the last summer Olympics, Carnival and the best wax you can get. My Instagram was about to be poppin’. However, while my IG did pop (probably too much for anyone who was following — I make no apologies on that btw), traveling with my classmates and on an itinerary approved by Dean Brian, I had the opportunity to experience Brazil in a way that many tourists never do. Spoiler alert: I quickly learned Brazilian culture was about so much more than small swimsuits and drinking caipirinhas. 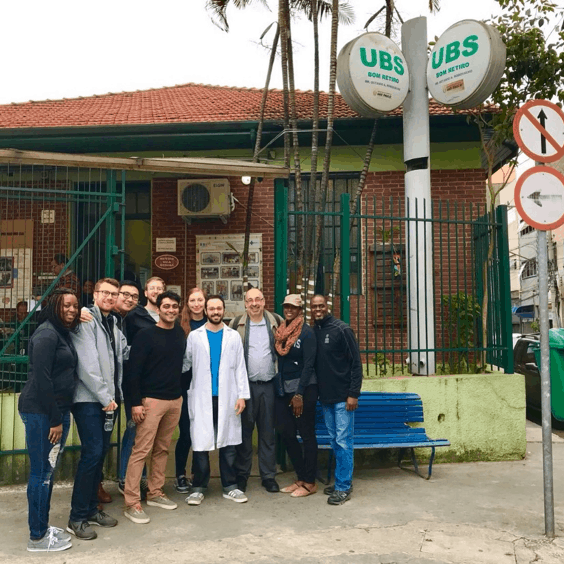 In preparation for our departure, the seven One-Year students who had elected to go on this MSM met weekly with Dean Brian and often a special guest to learn about the culture, economy and politics of the country we would soon be immersed in. I’m so grateful that Goizueta did this for us. Special thanks to Professor Ana Teixeira who taught us a few Portuguese expressions and even joined our WhatsApp group in case we had questions while away. By the time we arrived in Brazil, I was well informed of the socioeconomic dynamics in the country preventing upward mobility, the problems with colorism that permeated the region, the types of food I was likely to encounter (meat, lots of meat), and the ongoing debate about whether São Paulo or Rio was the better city (*cough* Rio *cough*). Once we arrived in São Paulo, the first city of our weeklong expedition, the first stop we made was to an area called Bom Retiro. Due to the deep history of the city as a landing ground for immigrants and the healthcare disparities prevalent in this area, Goizueta wanted to expose us to what wasn’t in the brochures. On our tour we were guided by an Emory faculty member, Jeffrey Lesser, who has devoted much of his life to studying Latin American history, immigration and race with a focus on Brazil. He took us through the city and ultimately to one of the only medical facilities in the area where he works to support the medical staff in addressing the delivery of basic healthcare needs to a large and underserved community. This trip set a tone that cannot be over emphasized. It impacted how I experienced Brazil for my remaining time and helped frame and give context to the things we learned about before coming but are so much more meaningful when you experience them outside of a few hundred words in an article or a lecture from the air-conditioned rooms in the business school. 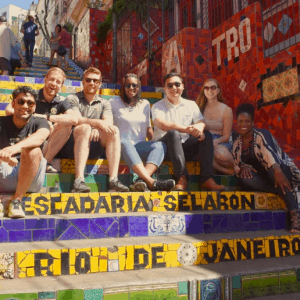 The next few days we continued to travel around São Paulo and eventually to Paraty, a small town on the Costa Verde between São Paulo and Rio de Janeiro, learning and seeing more about the distinct culture of each city and of Brazil as a whole. When we arrived in Rio de Janeiro, we spent a couple more days traveling the city and seeing historic landmarks like the Selaron Steps and Christ the Redeemer, had a chance to attend a local soccer game, and took time to learn about a very traditional ritual that we only hear about from one side in the U.S.: Carnival. The trip to “Carnival Experience” gave us an opportunity to learn about the history of Carnival, the Samba schools that participate in the festivities and the pride these participants enjoy by representing for their neighborhoods. It was one of my favorite experiences of the trip, and I highly recommend it for anyone venturing to Rio for work or play.

Finally, the context and framework had been set for us to learn about business in Brazil and how that fit in with everything else we had already experienced. We visited two very different companies in Rio, one a pharmaceutical developer called Biozeus that works with universities to bring potentially lifesaving drugs to market, a practice that didn’t exist within Brazil until they were founded. The other was called Hotel Urbano which acts much like a Travelocity or a Hotels.com but differentiated by their much more hands-on approach in servicing their customers. 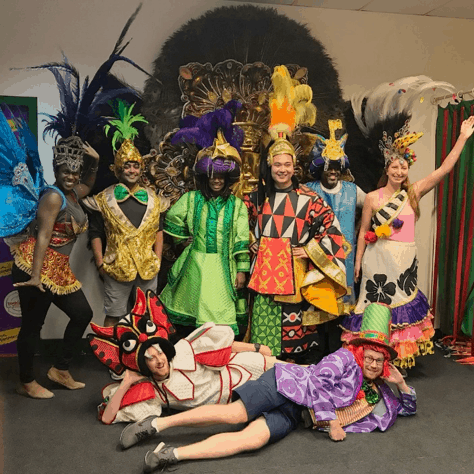 The opportunity to truly get a 360-degree view of the dynamics plaguing Brazilian business and culture was invaluable. It would be nearly impossible to replicate a trip like this on my own, and for that I am so grateful for Emory and Goizueta and the faculty’s commitment to the truly global learning and development of their students. A trip like this will not just impact my future visits to Brazil, but also my visits to other countries and continents. It will help me see what I’m not being shown, ask the questions that the guides shy away from and experience a city for more than just the stereotypes. I only have about nine more months left in my MBA journey, but if even just the last week is indicative of the longevity of the impact, I know this experience and the ones to come will stay with me forever.

Julisa Schmoke is a One-Year MBA Candidate at Goizueta Business School (May 2019). She is a GA native but only moved back to Atlanta two years ago after working in Milwaukee, Wisconsin for 4 years for GE Healthcare. At GE, she served in roles within finance and human resources. Her last role before coming to Goizueta was on the Workforce Planning Team. After business school she plans to pursue more strategic roles within company operations.