ONE YEAR AT GOIZUETA: STANDING ON THE SHOULDERS OF GIANTS

Coming into Goizueta this summer, we, the One Year 2017 MBA class were already aware of the great legacy of those that preceded us. This legacy starts with Roberto Goizueta himself, the legendary Coca Cola CEO who took an already established iconic global brand to new heights with new bottling and financial strategies. The legacy then trickles down to the long list of prestigious alumni who have roamed the halls of Goizueta. All around the world, GBS alumni work as CEO’s of Fortune 500 companies, heads of state, successful entrepreneurs, and much more.

We were greeted in our first few weeks by an equally impressive group of faculty and staff. The entire onboarding team and deans are filled with PHD’s, ED’s, and MBA’s, the librarians have all come from other prestigious universities, Fortune 500 companies, and leading consulting firms, and the career coaches have joined us from a wide variety of leadership roles. We were then introduced to our first five professors, comprised of a former CEO and Lehman Brothers investment banker, an entrepreneur, former CFO and MBA, a tech startup guru who consults for the US military, a former Director of Talent and Organization Offering Development Accenture and Goizueta MBA, and a Ph.D and MBA who has consulted for everyone from Delta and Home Depot to Arthur Blank and Usher.

With all of that brainpower available to us, the only phrase that came to my mind was that we were truly “standing on the shoulders of giants”. However, as I got to know more about my fellow classmates, I soon learned that we were more than up for the task of carrying the storied GBS torch.

I have traveled around the world, lived abroad, and interacted with many groups of people, and the One Year MBA Class of 2017 is already one of the smartest, most diverse, and most talented group of people I have ever met. We have students from 18 countries including Korea, Brazil, and Antigua, who speak 16 languages including Polish, French, Gujarati, and Kannada. The group includes students with professional backgrounds in consulting, entrepreneurship, medicine, engineering, and marketing, among many others. And while the educational chops and business acumen are all impressive, the accolades go further than that. In our midst we have a veteran who is a two-time awardee of the Bronze Star, a varsity starting quarterback, published authors, a few marathoners, a DJ, a Wheel of Fortune contestant, a stand-up comedian, a competitive roller skater, a former university student body president, and somebody who has met Mother Teresa. I have a list too long to include with additional accolades for this class, and that goes to show that we bring a lot with us into this Goizueta experience.

It has been said that in its formative years, Google’s strategy was to put the smartest, most creative people they could find together in the same room and watch the magic happen. It feels to me that this is what is happening at GBS right now. But despite all of the talent, charisma, and brain power assembled here at Goizueta, the atmosphere has never felt cutthroat or intimidating. Emory courts a certain type of student that excels within its encouraging and simultaneously challenging atmosphere. I equate the collaborative nature of the 2017 class to running a marathon (or a half marathon, given that we are completing the curriculum in half of the time), where all of your fellow top notch runners are not only striving to get the best finish possible, but cheering equally hard for you to do your best at the same time. We are truly all one team.

The informal GBS motto for the One Year MBA Program is “the days are long, but the year is short”. As a group we already understand the sentiment behind that saying, and are ready to make the most of each day here at Goizueta. The 2016-2017 school year is our chance to make our collective mark on Goizueta and the world as a whole. How will our class define itself? This is a question I have pondered since my first week here as we listened to Dean Brian speak and learned just how high the bar has been set for us. That said, I know that this class is more than up to the task of upholding and furthering the Goizeuta Business School legacy, as I recognize my classmates as giants in their own right. I look forward to bringing you, the readers, along for the ride with us throughout this year! 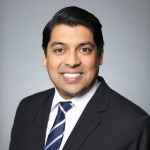 Rohan Chatterjee is an MBA student in the One Year program from Atlanta Georgia with a passion for consulting specifically in the healthcare industry. When not blogging or consulting, he can be found watching sports highlights on Twitter, wearing retro sneakers, or exploring the Atlanta food scene with his lovely wife, Sanah. Connect with Rohan on Twitter (@rohanchatterjee) and LinkedIn.