Bullock: All about perspectives in Israel, United Arab Emirates 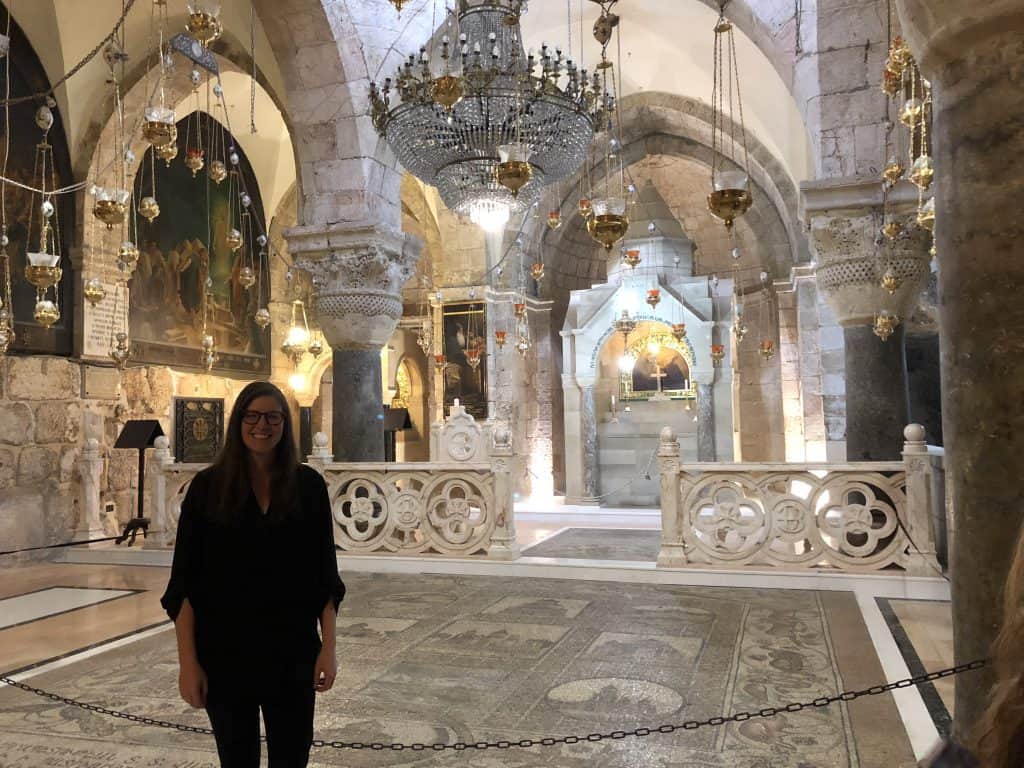 My Mid-Semester Module trip to Israel and the United Arab Emirates can be summed up by the word “perspectives.” Both figuratively and literally, I saw the world from a different point of view. From the top of the Burj Khalifa, the world’s tallest skyscraper, in Abu Dhabi to floating in the Dead Sea, the world’s lowest point, it was evident to me that similarities and differences shape our understanding of culture, religion and the quality of life itself.

Our trip started with a few days in Tel Aviv. Other than being delighted by the food, sunsets, night life, people and beach front, the city was vibrant and clean. It is juxtaposed by the old port city of Jaffa, where maybe our most obvious lesson in perspectives was shared. On a tour of the old city, our tour guide brought us to an Armenian church where Napoleon sought shelter when fleeing the Ottoman from Egypt. In a Muslim City, the church was one of the only places where French Catholic Napoleon was welcome. At the time, Napoleon carried with him injured or diseased soldiers yet upon leaving, he ordered that these soldiers be killed and left behind. Seemingly an extremely ruthless act for a person to abandon his countrymen. However, the story becomes easier to empathize with when explained to us as a military leader; the wounded soldiers would slow down the rest of the infantry, risking their safety as well as the rest of Napoleon’s country. Luckily, our other lessons in perspective were not as grave, but this exercise in understanding context does lend an appropriate transition into the rest of our trip.

After Tel Aviv and Jaffa, our trip took us south and inland to Jerusalem. The holy city was fascinating, simply as the starting place of so many intersecting religions and the origin of history’s oldest documented stories. The terrain, too, was unlike anything I had seen before (up until this point). The rolling tree-covered hills quickly morphed into massive sand dunes and back again. Here we learned about Porum and experienced the corresponding celebrations. Porum commemorates the salvation of the Jewish people from Haman’s plot “to destroy, kill and annihilate all the Jews, young and old, infants and women, in a single day,” as recorded in the book of Esther. Additionally, we visited Mount St. Olive, the Western Wall and the Church of the Holy Sepulchre, which holds the Tomb of Jesus.

We then flew from Jerusalem to Abu Dhabi, by way of Amman, Jordan. Abu Dhabi is typically associated with opulence and oil money — and this assumption wouldn’t be wrong as one hotel charges up to $22,000 per night and a certain restaurant sprinkles flecks of gold on its cappuccinos — but underneath the surface the city offered a glimpse into some progressive organizations.

Our first trip was to one of the world’s largest mosques, Sheikh Zayed Mosque. We then visited Masdar, a government-funded company that is researching green alternatives for energy. Here we rode in self-driving cars and learned about the concept of Masdar City — a completely green and self-sustaining city concept. We also visited Ferrari World to experience the democratization of luxury by riding the world’s fastest roller coaster. Lastly, we toured the campus of Zayed University where 90 percent of the enrolled students are women. The visits provided insight into education, culture, gender and innovation in the capital city of the UAE.

It was an early morning to a day of travel but once we arrived in Dubai we were immediately impressed by the city skyline. Not only is the world’s largest skyscraper a breathtaking site, but the surrounding buildings were so ornate and architecturally varied. As with many of the cities we visited, the juxtaposition between the old and new cities is stark. Dubai has grown from a sleepy, Muslim fishing town to one of the world’s greatest tourism attractions and industry crossroads within a decade. Appropriately, Dubai is UAE’s most populous city and we continued to enjoy the architecture, food and tourism attractions that coincide. In addition, we were fortunate enough to visit Dubai Duty Free — to better appreciate the economic impact of airport retail — and Nakheel, the real estate development company that built the world-famous Palm Islands.

As I watched gazelles run across the Dubai desert from my perch in a basket attached to a giant hot-air balloon, I reflected on what can only be described as the cliché trip of a lifetime. Although the MSM ended in Dubai, I was fortunate enough to continue my travel and learnings through Morocco for spring break. I could not possibly or accurately describe all the amazing people, places and things I experienced on my trip, but all-in-all, I had countless “firsts,” bonded with classmates I might not have otherwise, ate food I may never eat again and pushed myself to understand a different picture of the world. My trip was a lesson in appreciating different perspectives and understanding the value added by challenging conventional thought.

Morgan is a first-year MBA student and Forte Foundation Fellow in the Full-Time, two-year program at Goizueta Business School. She has professional experience in higher education, market research, marketing operations and fundraising. She has always been interested in consumer culture and, after business school, Morgan will pursue a brand management position with a global CPG company.